2 goals from Brandon Braxey and a 3rd from Meshack Williams saw us safely through against a stubborn Lordswood side from the Premier Division of the Southern Counties East Football League.

We actually played good football throughout but some lax defending allowed our hosts to score twice to make the game much tighter than it should have been. The main reason we never won more comprehensibly was the young Chipping the Lords goal keeper who had an excellent game, making at least six crucial saves to keep the game close.

Chipping thwarted Sam Merson early on with a one handed save but there wasn’t anything he could do about Brandon’s 1st goal, in the 10th minute,  which he fired home from the edge of the area, following some nice setup play by his fellow forwards.

Our lead never lasted long. Almost straight from the re-start we were caught napping and a speculative shot from the Lords forward got a slight deflection which was enough to take it over our Lords head and tuck just beneath the bar to level.

Despite almost constant pressure, and constant saves by Chipping, we had to wait until just before the break before Brandon restored our lead, this time tapping home after a nice setup by Sam Merson. 1 – 2 at the break, and a deserved lead.

Within a minute of the restart we scored the goal that should have made the tie comfortable. Sam Merson played his part again, this time he hit the post and Meshach Williams pounced to fire home the rebound.

To their credit Lordswood wouldn’t lie down and in the 60th minute they scored a second to keep themselves in the tie. Once again we were guilty of some lazy defending when a cross wasn’t dealt with and Hicham Akhazzan scored from 8 yards. A tie that should have been dead and buried was very much alive.

The remainder of the game was tense for the watching Villains. We were having the majority of the ball, creating chances but not scoring and all the time the occasional attack from the hosts looked like producing an equaliser. In the 90th minute we were awarded a penalty. Surely this was the time for Sam to lay our nerves to rest! Nope it wasn’t to be as his fiercely hit shot smashed against the post he hadn’t already hit and bounced out to safety.

Thankfully the final whistle wasn’t long coming. Well done boys. A trip to Steyning Town next up on the 12th September. 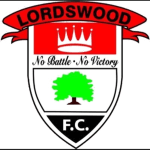 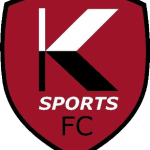