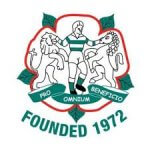 Good game this one.

Cold, wet and windy. Not ideal conditions for playing football but the pitch was good and we had Bernie Tanner back in the fold, for the short term at least.

We quickly settled down and applied early pressure on our hosts defense, but it soon become apparent that the Hammers defenders were orgainised and well drilled as they fought off our attacks. On the occasions that we did manage to breach them we came up against Lee Norman, another goalkeeper in fantastic form.

On 4 seperate occasions in the 1st half the Villains supporters were celebrating opening the scoring only to see Lee pull off a wonder save to keep things level.However, with the clock ticking down towards the break, we finally produced an end result when a Chobham defender mistimed a header. Sam Merson pounced on the loose ball and calmly finished past the advancing keeper. 1 up at the break and a deserved lead.

Following the change around it quickly become apparent how much the conditions were having an effect on the game. We were finding it more difficult to make head way and , conversly, Cobham came more into the game and started to mount a number of attacks of their own.

Whilst we still had the upper hand, and looking to add another goal, our defence found themselves much busier keeping the Cobham attackers at bay. With 15 to go they nearly got an equaliser but luckily for us Bussy managed to get his fingertips to flip the ball over the bar. A close call needing a great save.

Late on we had a number of chances to wrap up the game but the goal that would have settled the nerves wasn’t to be and it was with some relief, amongst the supporters anyway, that the final whistle went and we claimed another hard fought win.


A wet night under the lights, a perfect evening for football, and what a tough game it was.

Frimley underwent late managerial changes during the close season and this lead to a difficult start of the season for them. An early run of heavy defeats has been turned into good displays, and results, recently and we found out first hand what a difficult side than can be to play against.

We started the game on top and created a number of chances, including hitting the woodwork and forcing the keeper into a number of saves. Frimley aren’t the side to roll over though and they looked to hit us on the counter attack

In the 16th minute “The Frimmers” took the lead. Their tricky winger twice beat Bryant before knocking in a cross which was met by debutant Reece Connolly who volleyed the ball down into the ground and into the net. 1 nil and they werent going to make life easy.

With the clock running down to half time one of our attacks finally produced a goal. Sam Merson cutting the ball back for Elliott Simpson to drive into the bottom corner. Relived to go into the break level.

The second half followed the pattern of the first, us doing all the attacking and the home side digging in stubbonly and playing on the break, but with 10 to go they finally cracked. Once again Sam Merson was involved, this time beating the full back and cutting the ball back to Bruno Tingle who calmly slotted home the winner.

Hard won victory against a hard working side, Very satisfying. 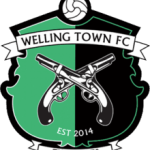 
The 2nd qualifying round of the Buildbase FA Vase gave us the opportunity to meet up with some old adversaries from many years ago. The last time we came up against the Senors from Deportivo Galicia was back in our Middlesex County days. Since then Depo have progressed themselves and now play in Division One of the Combined Counties league. With some of the old players still involved with the management of the team we knew that this wouldn’t be an easy tie.

We started the game brightly, pushing our visitors back deep into their half, and after 10 minutes we got our reward. Deportivo had plenty of numbers back but not enough to stop in form Brandon Barzy. Receiving the ball with a defender tightly on him, Brandon used his strength to hold him off whilst, at the same time, firing an unstoppable shot past the visiting keeper. Good finish from a guy that’s having a good season to date.

Despite both sides hitting the woodwork, Depo’s from a position that looked easier to score, Brandon’s goal was the only one of the half and we took a one nil lead into the break.

I think that the management thought that we were taking the opposition a little too lightly because the boys come out and started the 2nd half as if a rocket had been put up them. Within 5 minutes of the restart the tie was effectively over as Sam Merson struck twice in as many minutes to give us a 3 nil lead. The first a very smart finish, lobbing the keeper and the 2nd a good finish to a nice passing move.

The goals meant that the all the passion was knocked out of our visitors and the remainder of the game consisted of our attack v their defence.

As the clock ticked down we did get a 4th. Once again some nice passing lead to a ball being knocked across the area which was met by Sammy Gagan sliding in at the far post to force the ball over the line from close in. A brave finish as he collided with the goal post in doing so.

Comfortable win for the great Villa support. Away to Welling Town in the next round.