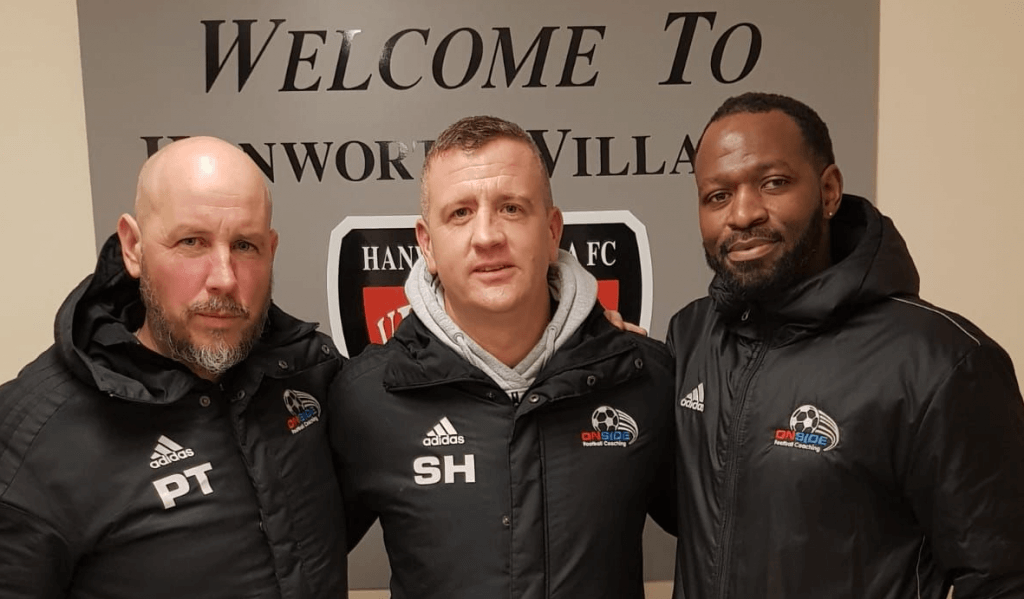 The committee are pleased to announce that the management team that bought about such major improvement at the end of last season have agreed to continue their works in the 2020 season. Simon Haughney (centre in picture) is to remain as manager of our 1st team, with a future remit to further develop youth football at Rectory Meadow. Simon will retain his management team of Paul Thomas (left) and Leon Soloman (right). Paul will be Simons right hand man in managing the team and Leon will assist with coaching and an active 1st team player, as well as giving his advice on team matters.

As a youngster Simon was a talented football player. He was identified at a young age and was picked up by Crystal Palace, where he spent 6 years before being released. Simon was selected to play for Middlesex County, he went on to captain the team, where he played alongside the likes of Peter Crouch, Stephen Reid and Sam Parkin.

After dropping out of the academy set up Simon spent some time playing Non League football, making appearances for both Yeading and Staines Town under Steve Cordrey, before deciding to concentrate on developing his business.

Outside of football Simon is involved with, well football. In 2000 he established Onside Football Coaching and have an affiliation to Hampton & Richmond Borough FC Academy, coaching all 25 youth teams, working with over 350 members on a weekly basis. Onside also run coaching sessions in schools, numerous afterschool clubs, PPA sessions, multi skills clubs and breakfast clubs.

All of the boys have a very clear vision of how they believe football should be played and are very keen to introduce their methods to our sides. They take over with the team bottom of the league but they are all very confident that they can show rapid improvement in performances, and in turn see us start to climb the table.

Welcome to the Ranch boys.